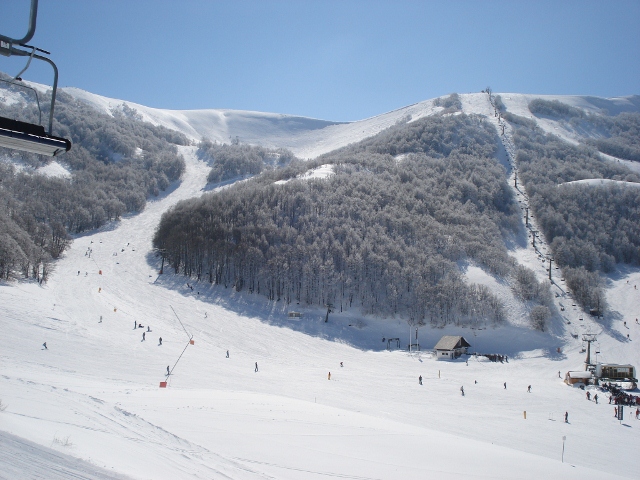 There is one ski pass, called the Ski Pass dei Parchi, that covers the Campo Felice ski area and the Ovindoli ski area which together make up about 60kms of piste but the two areas are not yet linked unfortunately. However, if you have your own transport or can take a taxi then the two areas are only 20 minutes apart.

The wide, sunny Campo Felice base is gently sloping and is ideal for beginner skiers. Ski school meets here and a number of green and blue runs are accessible from the base area lifts.
Several intermediate runs (designated blue and red) fan across both sides of the mountain. The longest descent – Degli Innamorati – is a thigh-burning 2.5km.

Although the number of runs for advanced skiers is limited, the Della Vergine and Delle Aquile runs are both steepish and off piste. There are a total of six runs designated advanced (black runs).

It’s hard to imagine that there can be so much snowfall and skiing so close to Rome, which is about 90 mins away by road. By the same token, Pescara on the Adriatic coast is just over an hour away, with Naples about two hours distant.

Enjoy this short video below which was taken above Rocca di Mezzo showing the wide high plain and the nearby mountains of the Abruzzo Apennines.

Click here to see the nearest accommodation to Campo Felice 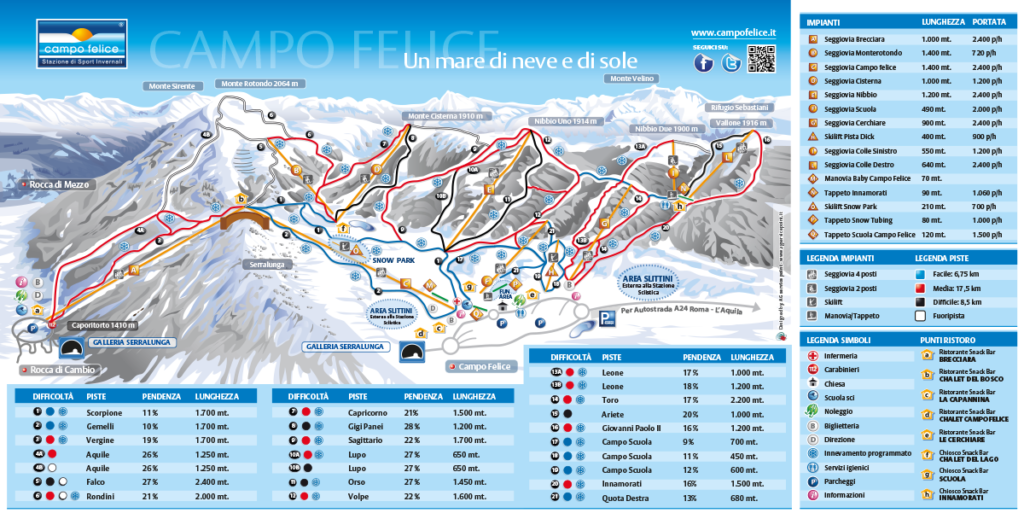 Your payment is protected

Your booking is covered by Towergate Insurance Insolvency Protection